to giving the Irish a sense of community

Reminiscence sessions finish up on DVD 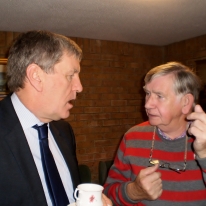 Innisfree hosted a summer of reminiscence recalling stories of emigration from home to set up a new life in London and the UK.

With Heritage Lottery Funding, Innisfree worked in partnership with Age Exchange, Irish in Britain, Brent Museum, London Metropolitan University and the Geffrye Museum to re-visit an Irish childhood in the 1950’s onwards. Participants explored their stories of emigration from home to the UK, recalling life settling here and making new friends in a thriving London / Irish community. 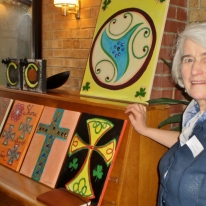 Age Exchange offer training to Volunteers who helped guide conversations during the summer sessions. A final two days were spent filming individual stories which was made into a 25 minute movie which is now available to view here. 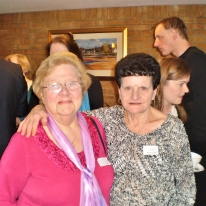 In early November we launched the film at Clochar Court in Harlesden with all the film stars present to offer their encouragement and autographs! The newly appointed Irish Ambassador Dan Mulhall visited Innisfree and was greatly impressed with the film. He told the audience he wanted to learn more about the Irish persons story about emigration to London and the UK. He also said that the film was a great example of how this story could be told and recorded for future generations. 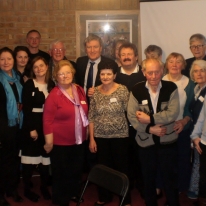 If you are interested in learning more about this project or getting help to make one of your own please contact Jim Sheeran – Community Initiatives Officer for more details. 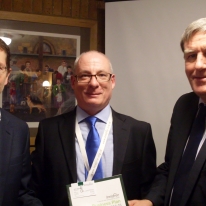 Back to all stories

This site uses Akismet to reduce spam. Learn how your comment data is processed.